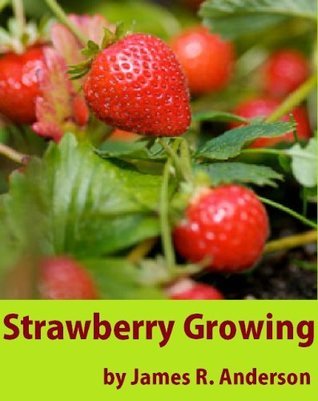 It is considered the most wholesome of all fruits, being very easy of digestion and never growing acid by fermentation as most other fruits do. Downing says: The oft-quoted instance of the great Linnaeus curing himself of gout by partaking freely of strawberries—a proof of its great wholesorneness—is a letter of credit which this tempting fruit has long enjoyed, for the consolation of those who are looking for a bitter concealed under every sweet. It is not, however, on account so much of its qualities for home use as its value from a commercial standpoint, that the following pages are offered to the public of British Columbia.

It is now an ascertained fact that the finest quality of strawberries can be and are grown in various parts of the Province. The markets of the North-West Territories, Manitoba and the northern mines afford such great opportunities for their profitable production that the advice given by the Honourable E. Hofer, in a paper read before the State Horticultural Society of Oregon, is well worth consideration.

He says: There is no trouble to grow large strawberries. The difficulty is rather to get varieties that are not too large—berries of medium size that average well, are of regular shape, either round or conical pointed fruit that looks well in the box ready for the retailer.

Avoid growing large misshapen fruit. It is important to grow a variety that does not run out small after the first picking. For the home market grow a showy berry above medium size- but for shipment an entirely different proposition is involved. A berry may be a perfect success for the home market and endure hauling several miles and be entirely unfit for the express car or refrigerator for long distance shipment. A shipping berry should be solid, have a good skin and fine texture, be of medium size, of roundish pointed shape, and ripen several days after picking.

Clarkes seedling, as grown at Hood River, Oregon, under irrigation and a crisp mountain atmosphere, has the ideal shipping qualities, but experience has proved that in this Province it is not a good producer. This fact goes to show that, just like any other fruit—apples, pears, peaches, plums, etc.— it is not every variety which has been proved successful elsewhere that should necessarily be a profitable one in all parts of the Province. Bearing this in mind further on, I have given the answers of some of the successful provincial growers as to that and other points.

The aspiring grower, if he would be successful, must bear in mind that, like growing apples and other fruit, he can only become so by patient concentration upon the fundamental ....